The history of hip hop is distinctly American, though its roots extend back through jazz to African dance. In the 1960s in New York City, the up rock and breaking dance styles started to develop alongside hip hop music. At the same time, dancers in California, inspired by Hollywood robots, were working on dance moves to imitate them through locking and popping. In the 1970s, professional street-based dance crews emerged and popularized these various subcategories of hip-hop. As hip hop gained ground in the American cultural imagination, dancers blended the two different coast styles into one big genre of hip hop. Since then there have been many moves such as the Running Man, Cabbage Patch, SpongeBob and Moonwalk which have influenced and shaped the current style of hip hop. This style is dictated by trends so its shapes, dynamics and musicality constantly change.

You may wear any combination from the new “Legs” Dancewear range (only available from Legs Dance Studio).
Your own runners (suggest black as that is what we usually wear for concert)

“Yes I still dance around the house. Yes I can’t help but call you ‘Miss Michelle’. Yes I am proud to say I am part of the Legs family.” 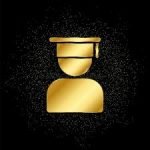